Commandant of the Marine Corps Gen. Robert B. Neller has approved planks as an alternative to abdominal crunches on the physical fitness test, or PFT, according to Marine officials.

Come Jan. 1, 2020, Marines will have the option of holding their body in a plank position or ripping out crunches on the PFT, according to officials at Training and Education Command, Force Fitness Division.

To hit a perfect score, a Marine will need to hold a plank for four minutes and 20 seconds, and there will only be one scoring table for both male and female Marines across all age groups, officials said.

More details regarding the plank, including scoring table, will be forthcoming in a new Marine administrative message, Marine officials said.

Chief of Naval Operations Adm. John Richardson announced Thursday that the Navy was ditching sit-ups for planks on its fitness test known as the PRT.

Changes to the Navy’s PRT are expected to go into effect sometime in 2020.

The plank is a core exercise performed by holding the body in a tight formation.

Marines have long complained that the crunch portion of the PFT is often performed poorly, can result in injury and is easy to cheat.

Because the plank involves little to no movement there is the added benefit of reducing injuries.

“As a coach, I have my athletes do some ab variation at the end of every workout, but never does it include a ‘Marine Corps’ style situp,” former Marine Sgt. Timminy Moore, previously told Marine Corps Times.

“Those are not only not a good indicator of abdominal fitness, but it’s not good for lumbar or cervical spine,” she said.

Moore is a coach and professional athlete who competes in powerlifting and CrossFit competitions. 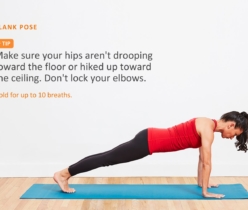 How to Do a Plank Proper Form, Variations, and Common Mistakes

Also Known As: Hover exercise, front plank Targets: Abdominals and core muscles The plank is an excellent abdominal and core exercise. It works not only the rectus abdominis, but also… 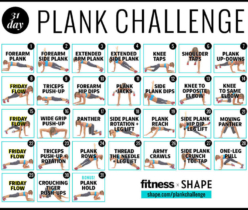 The Ultimate 30-Day Plank Challenge for Your Strongest Core Ever

We teamed up with Kira Stokes, creator of The Stoked Method, to bring you the Ultimate Plank Challenge. You won’t find any “hold a plank for 30 seconds” business here. We’re talking… 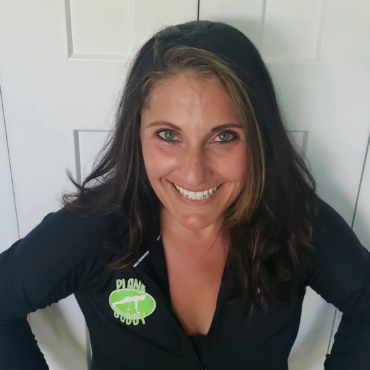 Getting a Six-Pack or Washboard Abs – It’s Really Hard

Top Marine approves planks as an alternative to crunches

Getting a Six-Pack or Washboard Abs – It’s Really Hard

We use cookies to ensure that we give you the best experience on our website. If you continue to use this site we will assume that you are happy with it.OkPrivacy policy